Avocado Avoider is rather naïve with a good heart. He is friendly to others and enjoys duels. However, in spite of his innocence, he has a surprisingly large amount of willpower, being able to resist the commands of the ISS Kit.[1]

He looks up to Magenta Scissor, his Brain Burst partner, as she was the only one who accepted him when everyone else shunned him because of his appearance. The way he wishes to remain by Magenta Scissor's side is similar to how Haruyuki initially felt towards Kuroyukihime.

From a young age, Avocado was admitted to the National Center for Child Health and Development because of a non-life threatening disease. One day, he received the Brain Burst program from his unnamed parent, who was part of a small-scale Burst Linker community based in the hospital.

One day, Rui came into contact with the ISS Kit. Using the Incarnate abilities given by the Kit, Rui drove all of members of the hospital community who had picked on Avocado to total point-loss. Avocado, who was given the ISS Kit by Rui, joined her on a mission to spread the ISS Kit throughout the Accelerated World, hoping to settle the power disparity between Burst Linkers. 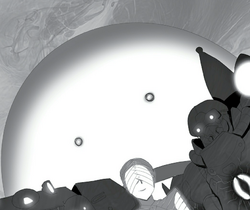 Avocado Avoider has the appearance of a large, dark green egg with a height of two and a half meters. His appearance, as his name suggests, is similar to that of a giant avocado with eyes, a mouth, and stubby arms and legs. However, his immense bulk is actually mostly his armor; his true avatar body is only a tiny seed in the center of the avocado flesh.[2] 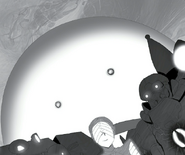