We are currently editing over 311 articles, and you can help! Be warned that this wiki is filled with SPOILERS about the Accel World series, read at your own risk! 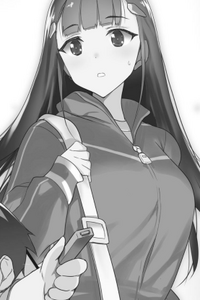 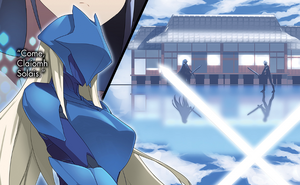 Suzukawa Seri, duel avatar Centaurea Sentry, is a Level 8 Burst Linker and an important character in the newly translated Accel World Light Novel Volume 24. She is the founder of the powerful Omega Style and was formerly the Third Chrome Disaster before she was killed by Blue Knight. Recently, however, she has managed to reach out to Silver Crow through mysterious means and has taken him in as the sole heir to her Omega Style.

Retrieved from "https://accelworld.fandom.com/wiki/Accel_World_Wiki?oldid=27128"
Community content is available under CC-BY-SA unless otherwise noted.