We are currently editing over 269 articles, and you can help! Be warned that this wiki is filled with SPOILERS about the Accel World series, read at your own risk! 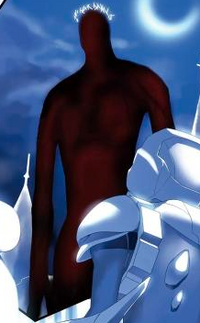 Tezcatlipoca is the God of the Apocalypse, the most powerful entity in the Accelerated World. Created specifically for the sole purpose of ending the world, he is stronger than the Four Saints and the Four Gods combined. He was the one who had destroyed Accel Assault 2039 and Cosmos Corrupt 2038, and has recently been released into Brain Burst 2039 as well.

Retrieved from "https://accelworld.fandom.com/wiki/Accel_World_Wiki?oldid=26246"
Community content is available under CC-BY-SA unless otherwise noted.