Main article: Crimson Storm Princess Arc Yuniko infiltrated Haruyuki's house by disguising herself as his second cousin, Tomoko Saito. She later unexpectedly tried joining him in the bathroom. However, Haru was reviewing his family photos and noticed the tan mark of a neurolinker on her neck, contrary to her claim that she doesn't use one, and suspected her of being a Burst Linker. Deciding to drop the act, Yuniko revealed her identity as Scarlet Rain. As she turned to leave, she slipped on a towel and fell into the bath tub as Haru caught her. Noticing that his hands were touching her upper chest, Yuniko vowed to kill him and retrieved her neurolinker. By the time she returned, Haru, having just got off the phone with Kuroyukihime, realized she was the Red King. With a devious look on her face, she challenges him to a match and defeats him. With a gun pointed towards the head of Silver Crow, she requested a real-life meeting with his legion master, Black Lotus.

Takumu Mayuzumi theorizes that knowing Haru, after a few days living with Yuniko, he would've grown fond of her and then she'd claim to be a new Burst Linker being bullied by older members of her legion and ask for his help. If Haru left for the Red Legion, Prominence, Yuniko would've threatened him with the Judgement Blow to force him to do her bidding.

Upon setting up the meeting, the Nega Nebulous inquired how Yuniko learned Haru's identity. She admits that she had gotten a pass to tour the schools of Suganami ward, which would've given her access to the names of Umesato Junior High students. She waited at a cafe, watching students exit the school and was surprised to see Silver Crow logged onto the Global Net and Haru was that person. She reveals that she sought him out because she needs his avatar to bring down the 5th Chrome Disaster.

In this arc Haruyuki seeks Yuniko to help him teach Takumu about the incarnate system. She later meets up with them and they go into a private room where they agree to burst link into the accelerated world. She later demonstrates incarnate skills and she revealed that she only knows 2 of the 4 skills. Yuniko stays in the accelerated world to train Takumu while Haruyuki leaves to investigate on how some burst linkers don't appear on the matching list even though they are connected to the network. 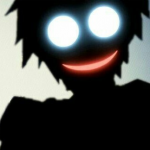